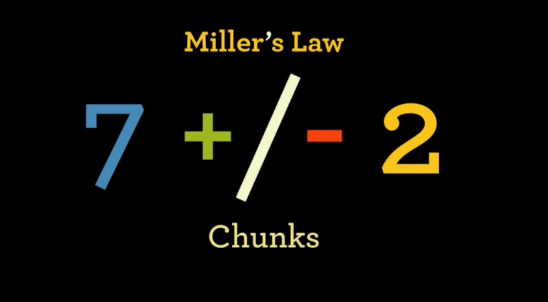 The following is from the Wikipedia entry on “Miller’s Law.  “The Magical Number Seven, Plus or Minus Two: Some Limits on Our Capacity for Processing Information” is one of the most highly cited papers in psychology. It was published in 1956 in Psychological Review by the cognitive psychologist George A. Miller of Princeton University’s Department of Psychology. It is often interpreted to argue that the number of objects an average human can hold in working memory is 7 ± 2. This is frequently referred to as Miller’s Law.”

So, what’s the big deal?  Well, for addicts, it means that if he/she can manage to think about 5-9 new things (7 +/- 2) the obsessive thought will be, essentially, forced out of our consciousness.  Huh?

Let’s say an addict becomes aware that he has started his addictive cycle.  He has been triggered and is lingering in a fantasy that is moving toward obsession. He recognizes that this is happening.  How to get out of the cycle?  It’s Miller time!

The trick is to redirect the mind’s attention toward something else–specifically seven (or five or nine, depending on the particular brain) of something else.  For example:  “Think of seven things in this room that start with the letter ‘B’.”  “Name the Seven Dwarfs.”  “Name the “Magnificent Seven.” (Western film buffs only on that one.) . “Name seven cars you have owned or driven.” etc.  You get the picture.

The idea, which has some scientific merit, is that as the addict intentionally redirects his or her brain toward a challenging task–almost no matter how silly or trivial–the object of the obsession will be pushed out, like books off the end of a bookshelf when a new one is added.

Does it work?  Many addicts swear by this simple technique.  Will it work for you or an addict you know and love?  Only one way to know for sure and that is to try it out.