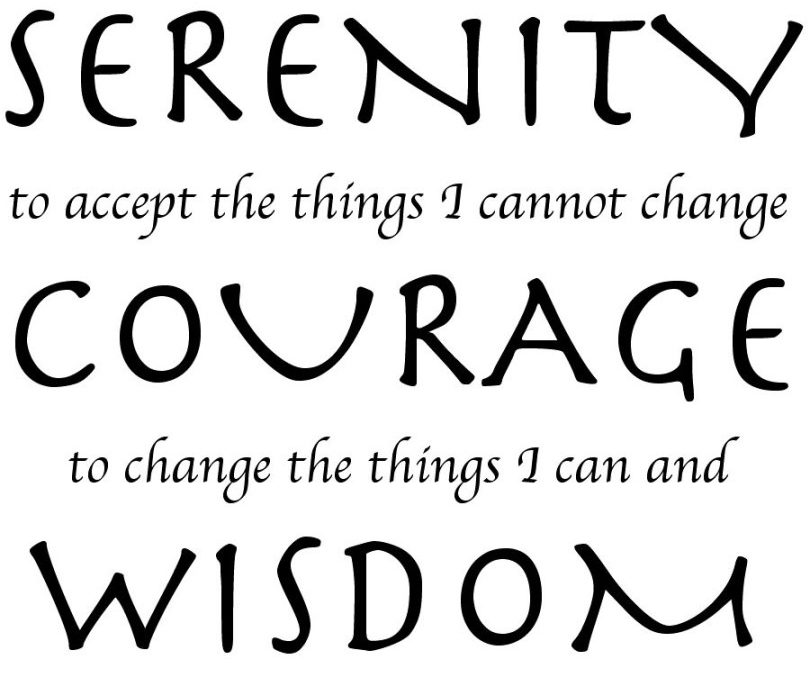 As practitioners of EFT (Emotionally Focused Couples Therapy) and as trained Addiction Counselors, we are deeply appreciative of the wisdom of the Serenity Prayer:   “God, grant me the serenity to accept the things I cannot change, courage to change the things I can, and wisdom to know the difference.”

The prayer was composed by pastor and theologian Reinhold Niebuhr sometime in the early 1930’s.  Born in 1892, he had already lived through the optimism that characterized the turn of the 19th-20th century, the horrors of World War I, the excesses of the “Roaring Twenties,” and then the desperate times of the Great Depression.  In his training as a pastor, he had been told that “every day, in every way, people are getting better and better.”  But, his experience belied that sunny optimism.  History was full of ups and downs, good and bad, triumph and tragedy.  There were forces at work that were bigger than any one individual.  The search for peace, both inner and institutional, was too often two steps forward, two steps back.

Niebuhr had been a successful pastor.  Ordained in 1915, Niebuhr was sent to a small church in Detroit, Michigan. The church had only 66 people when he arrived but, by the time he left in 1928, it had grown close to 700.

People were drawn to Niebuhr’s clear-eyed understanding that sometimes life is hard and that faith in different than optimism.  He preached a practical faith, acknowledging that in this life, some things are beyond our control and must be turned over to a “higher power.”  His theology came to be called “Christian Realism.”

For people whose response to life’s inevitable traumas was worry and anxiety, Niebuhr offered serenity.  To those who retreated into endless and fruitless complaining, Niebuhr pointed toward courage.  And for those who just did not know what to do, Niebuhr prayed for wisdom.  We will examine each of these in due course.

But for now, it is enough to note well the triad of serenity, courage, and wisdom.  Take just a moment to reflect on which of those three virtues comes most easily for you… and which is the hardest.

In our next blog, we will look at each of these three virtues and see how they operate together to help us become well balanced people in an imbalanced world.